SOCIETY
March 4, 2019March 4, 2019 Soufiane Page 5 WAYS TO TELL IF SOMEONE IS LYING TO YOU, Eye Movement, Hand movement, Movement of legs and feet, Short Expressions, The rate of "eyelash" eye

Although lying is one way to convince others of an idea or something, discovering and exposing those who do it is easy by monitoring 5 important observations, according to a recent scientific study.

The study said that the investigation of body language can lead to better results, increasing the pressure on the mind makes lying harder, as the liar is making a great mental effort to try to convince the other party cut.

The study, which was conducted on 2000 adults, that the average person hears between 10 and 20 a lie a day, citing 5 signs exposing the liar in front of everyone, according to the newspaper “Mirror” British.

Robert Phillips, a body language expert, has identified 5 warning signs to be noticed that make it easy to detect a false person.

The short expressions that appear on the face are one of the signs that someone is lying, as they occur unconsciously and thus we have no way to stop them. They last less than a quarter of a second, before we have time to adopt the expression we want people to see.

Eyes are one of the most important places to discover liars. When you tell the truth, people look forward and left slightly to try to retrieve visual memories. If you ask a question about something they saw, and do not look up to the left, they are letting lies.

When one lies, the movements of his hands often become more lively, but they are not synchronized with what he says. As the person tries to get the story out of his head, his hands move in an effort to fill the gaps.

If the person is lying, the eyelash rate will be reduced, the other person will be seen directly in an attempt to show confidence and hide the lie. If the person is not used to lying, he will have a sudden increase in the rate of “eyelash” eye.

5- Movement of legs and feet

The movements of the legs and feet are often increased when the liar attempts to release negative energy and tension during his speech. Trying to lift the leg or heel from the ground or twist one foot around the ankle in the other leg is a sign of discomfort. 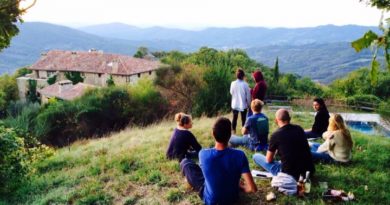