After surviving a miraculous miracle, a Japanese hospital allowed the youngest baby in the world to leave, six months ago with a weight of 268 grams, nearly a mass of butter.

According to the newspaper “Sun” British, the child, which was not named yet due to health conditions, was born in August in the Japanese capital Tokyo through a caesarean section, after doctors noticed that it was not growing for 24 weeks of medical observation.

With the intensive medical care he received at the hospital, the baby was able to grow remarkably until he was now weighing 3.2 kg and was able to breastfeed milk from his mother normally.

Doctors who oversaw the condition of the youngest baby in the world say they hope this success will be a glimmer of hope for mothers who are prematurely born and their babies are in a light weight.

“I want people to know that babies can go back to their homes in full health even if they are born very young,” said doctor Takeshi Armitso. 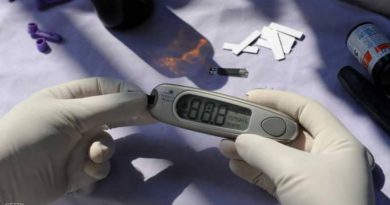 New scientific innovation will change the lives of diabetics