The scientists warned at the Albert Einstein College of Medicine in New York, after studying tens of thousands of people’s data for 12 years, the New York Post reported on Friday.

They said drinking two cups of Coca-Cola Diet, which is classified as artificially sweetened drinks, increases the risk of a stroke by a quarter, and this drinking habit increases the proportion of heart disease by a third.

Compared to the proportion of people who are reluctant to do so, the risk of premature death is 16 percent higher for Coca-Cola Dietit consumers per day.

The scientists said their findings should be a warning to those addicted to this drink.

The main researcher in the study, Yasmin Rahmani said that some people who suffer from obesity or overweight, accept the consumption of low-calorie artificial sweetened beverages, in an attempt to improve their diet.

“Our research and other observational studies suggest that artificial sweetened beverages may be harmful,” she said, stressing that the risk of stroke and heart disease is linked to the high consumption of these beverages.

She explained that the addiction to “Coca-Cola Diet” linked to heart disease, as the blood vessels that supply the heart with blood narrowed more, increasing the risk of heart attack and angina and cerebral palsy.

The study included data on about 82,000 postmenopausal women aged between 50 and 79 years and followed up for 12 years.

Obese women are at greater risk, the study found, noting that the group that consumes two or more cups of Coke daily are at risk of stroke.

The Solution is WATER

Earlier, the American Heart Association, a medical consultation, concluded that there was insufficient evidence that low-calorie sweetened beverages such as Coca-Cola Diet increased the risk of heart disease and stroke.

However, the Association called for the adoption of drinking water, being the best alternative to artificially sweetened beverages. 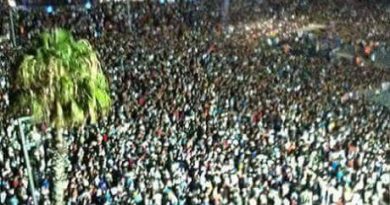 With Pictures…. The youngest baby in the world achieves the “Miracle” and leaves the hospital