As opposed to what is being traded among those looking for ways to lose weight, experts have concluded that the common idea that not eating breakfast contributes to gaining weight does not mean that eating a morning meal may help you lose weight.

The researchers examined data from 13 clinical trials, mostly in the United States and Britain, in 30 years, some taking breakfast, while others did not.

The review found that those who ate breakfast gained more calories and more weight than those who ignored the meal.

The results may be surprising for those who follow a diet, as those who ate breakfast earned 260 calories more daily than those who avoided the meal and increased their weight by 0.44 kg on average.

“There is a belief that breakfast is the most important meal of the day, but that is not the case,” she said Flavia Sikotini, a senior researcher at Monash University in Melbourne, Australia.

“Calories are calories no matter what time they eat, and people should not eat if they do not feel hungry,” Sikotini told Reuters news agency.

The researchers wrote in the British Medical Journal that some previous studies have checked whether breakfast has an impact on the metabolism, or the number of calories burned by the body. But researchers found no significant differences in whether or not they ate breakfast.

But Tim Spector, a researcher at King’s College London, who wrote an editorial accompanying the study, said that the lower calorie consumption associated with not eating breakfast suggests that this approach was successful for some who follow a diet.

“Each one of us is unique, so the benefits of carbohydrates and fats may differ depending on the genes and microorganisms of the body and metabolic rate,” he said in an e-mail.

Health warning for employees on food 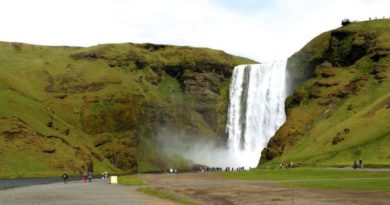